Koihime†Musō is the title given to a series of Japanese adult visual novels and games based on the classic Chinese novel Romance of the Three Kingdoms. The gameplay of Koihime†Musō VNs follow a linear plot line, which offers pre-determined scenarios and courses of interaction, and focuses on the appeal of the female main characters.

The VN is set in an alternate ancient China during and after the fall of Han dynasty with several major differences compared to the original Romance of the Three Kingdoms. Most notably, most of the characters from the original novel got genderbent and the Three Kingdoms that were formed after the Han dynasty—the Wei (魏; Gi in Japanese), the Shu (蜀; Shoku in Japanese), and the Wu (吳; Go in Japanese)—had already been established.

Despite each kingdom (dubbed "factions" in the English release) being ruled by an independent monarchy, they still swear loyalty to the Han empire. However, the empire is on the verge of collapse as civil unrest and infighting bring turmoil to the people.

As Han finally collapses, more factions form, resulting in five in Koihime†Musō and seven in Shin Koihime†Musō. The majority of the two VNs involve the conflict between the factions and their interactions with Hongō Kazuto, who gets warped to the Koihime world from modern-day Japan.

European game publisher MangaGamer acquired licensing rights to the first VN and released it on February 28, 2011. 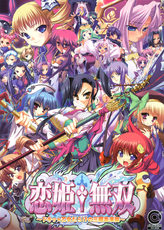 case cover for the PC version 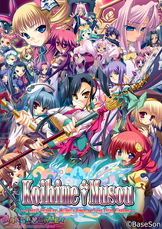 cover for the English release 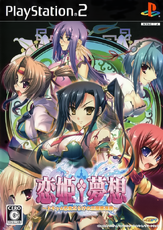 PS2 version cover
Add a photo to this gallery

A new version, titled Shin Koihime†Musō: Otome Ryōran Sangokushi Engi (真・恋姫†無双 〜乙女繚乱☆三国志演義〜), was released on December 26, 2008. It is a retelling of the first VN with many new characters added. In this new version, the player as Kazuto must choose which faction he must ally with in the beginning, which results in three routes. The PS2 version came out on November 10, 2011. The reboot is followed by a fan-disc titled Shin Koihime†Musō: Moe Shōden (真・恋姫†無双～萌将伝～), which was released on July 23, 2010; Moe Shōden serves as a fan-disc providing many additional scenes. It is the continuation of a hypothetical "perfect" route, where no one dies and Kazuto unites all three factions into an alliance, becoming an emperor; instead of waging wars, the girls compete with each other for Kazuto's love.
Like the first VN, the 恋姫†無双 portion of the title is changed to 恋姫†夢想 in the PS2 release. 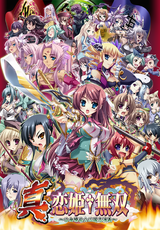 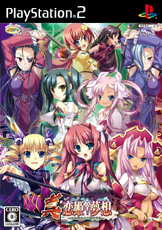 cover art for the PS2 version of Shin Koihime†Musō 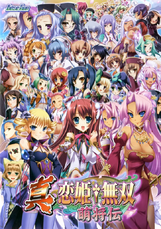 cover art of Moe Shōden
Add a photo to this gallery
A version for the PSP is also available, but it's divided into 3 separate discs with each covering one faction. All three were released in 2010, with Go disc on September 22, Gi disc on October 28, and Shoku disc on November 25.

PSP Shoku disc
Add a photo to this gallery

Sengoku†Koihime: ~Otome Kenran ☆ Sengoku Emaki~ (戦国†恋姫～乙女絢爛☆戦国絵巻～) is the third installment of the Koihime franchise. It takes place after the Shin Koihime†Musō main storyline and is about Kazuto's nephew, Nitta Kensuke, who gets warped to an alternate Sengoku ("warring states") period in Japan. Like his uncle in Koihime†Musō, Kensuke meets an all-female cast of the Sengoku heroes and is considered to be a divine figure. However, unlike its predecessors, Sengoku†Koihime is rated 15+ and doesn't contain any H-scenes.
An 18+ version, renamed Sengoku†Koihime X (戦国†恋姫 X), introduces H-scenes as well as new characters and events. It is released in late 2016. 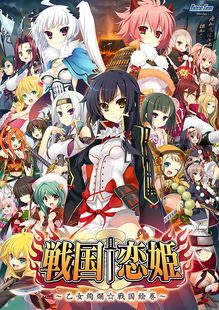 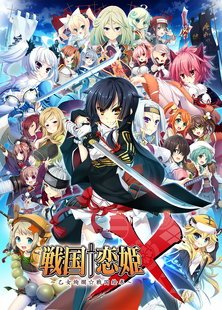 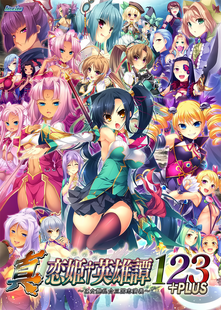 Gamania formally launched a web-browser based MMO strategy game titled Web Koihime†Musō (Web恋姫†夢想~乙女満載♥三国統一シミュレーション~) on December 7, 2010, which has since been running on eight different servers. The game allows players to control up to 5 generals at a time from the Shin Koihime†Musō cast, join one of the 3 warring factions and try to conquer players of the other two opposing factions with the Red Turban Bandit faction acting as a NPC faction. Like most other browser based MMOs, this game is free to play with a Gamania account, however paying users gain access to enhancements otherwise unavailable or very difficult to obtain. The game ended its service on April 27th, 2016.

The game follows a 1v1 format on a 2D stage. The ten available fighters are organized into their respective factions: Shoku, Gi, and Go each has three while Ryofu alone represents her own faction. Along with the fighters, each faction also has strategists who would pair up with a chosen fighter of the same faction: Shoku, Gi, and Go each has two while Ryofu has one. The strategists enable the player to perform special attacks. 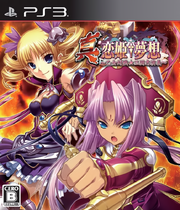 characters that appear in Shin Koihime†Musō: Otome Taisen Sangokushi Engi
Add a photo to this gallery

A sequel game, titled Koihime†Enbu (恋姫†演武), was released for the arcade on July 17, 2014. Koihime†Enbu follows the same gameplay as its predecessor, all the characters from the first game returns in the sequel and three new fighters are added: Bachō, Gakushin, and Shūtai. The PS4/PS3 versions were released on January 28, 2016. It also received a western localization for the PC and was made available on STEAM on May 19, 2016. 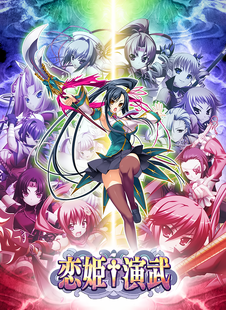 Steam page
Add a photo to this gallery

Koihime†Enbu received an arcade update on on December 27, 2016, becoming Koihime†Enbu Version 2 ~Ryorairai~ (恋姫演武バージョン２～遼来来～). It officially introduced Tō faction by adding Chōryō and her strategist Kaku to the roster. It also received a western localization for the PC and was made available on STEAM on July 13, 2018. 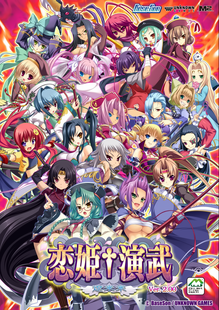 Steam page
Add a photo to this gallery

Retrieved from "https://koihimemusou.fandom.com/wiki/Koihime%E2%80%A0Mus%C5%8D_(Visual_Novel%2BGame_Series)?oldid=20571"
Community content is available under CC-BY-SA unless otherwise noted.